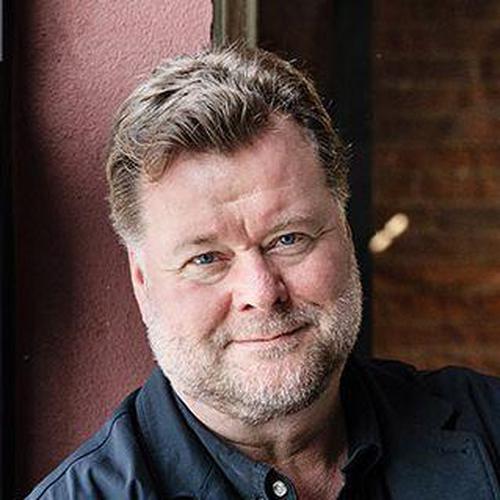 Sessions covered by this speaker

Andrew Whalley has been an instrumental part of Grimshaw since the earliest days of the practice and has been Partner in Charge of projects in diverse sectors including education, performing arts, transportation and workplace. His award-winning projects include the International Terminal at Waterloo, the Eden Project in Cornwall, the redevelopment of the historic Paddington Station in London and the Experimental and Performing Arts Building in Troy, New York. In 2001 Andrew established the Grimshaw New York studio. He was Partner in Charge of Grimshaw’s New York office during its first ten years. During this time Grimshaw in New York was one of eight architectural practices selected for major public projects under Mayor Bloomberg’s design excellence program.

In the education and cultural arts sector, Andrew has been involved in a range of projects including - state of the art science facilities for the Danforth Science Center; the strategic plan for the Royal College of Art in London. He is currently overseeing The Sustainability Pavilion for the Dubai World Expo 2020. An ambitious project to create a totally net zero building as a centre piece for the Expo.

Andrew has been involved with academia for many years. In the UK this has included several years teaching at the Royal College of Art and Imperial College’s Industrial Design Department. In addition, Andrew ran a unit at the Architectural Association for three years and lectured at University College London for over five years. In the US, he has been a visiting Professor at Washington University and regularly lectures at UPenn. Andrew recently completed his appointment as Adjunct Professor at the Department of Architecture and Urban Studies, Politecnico Milano.

Andrew was appointed as Deputy Chairman in 2011 and succeeded Sir Nicholas Grimshaw as Chairman in June 2019; the Chairman’s Office is responsible for managing the practices core design ethos, brand identity and working to build relationships and to strengthen the profile of around the world.

Andrew is a registered member of the AIA and RIBA and was elected as a Fellow of the Royal Society of Arts in 2006. In April 2019 he was elected to the board of the British Architectural Library Trust.

He was elected to the AIA College of Fellows for Design in 2019 and awarded an Honorary Doctorate of Letters from his alma mater, The Glasgow School of Art. He is qualified as an architect in the UK and USA and has been with Grimshaw since 1986.

We use cookies This website (and some of its third-party tools) use cookies. These are important as they allow us to deliver an exceptional experience whilst browsing the site.